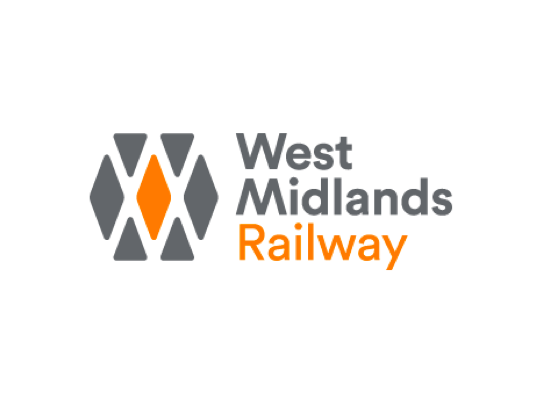 West Midlands Trains (WMT) is a train operating company in the United Kingdom and is the parent company of West Midlands Railway and London North West Railway. It operates passenger trains under the West Midlands franchise between London and the Midlands under two trading names: West Midlands Railway (WMR) (in the West Midlands) and London North West Railway (LNR) (outside the area). West Midlands Trains, a consortium of three companies, Abelio, JR East and Mitsui & Co., joined the bid for the West Midlands franchise; they were three shortlisted in April 2016 One of the bidders and was awarded the franchise in August 2017. As well as the UK Department for Transport it is also responsible for the West Midlands Railway providing services which operate entirely in the West Midlands. On 10 December 2017 West Midlands Trains took over operations from former operator London Midlands. Under the original terms of the franchise, West Midlands trains are expected to continue operating until March 2026. The new West Midlands Rail franchise provides individuals and businesses with the rail service they deserve, a train service better suited to their specific needs. In October 2017 West Midlands Trains revealed details of their plans to acquire new rolling stock; 26 CAF Civity diesel utility vehicles (80 cars) and 81 electric utility vehicles based on Bombardier Transportation's Aventra platform have been ordered (333 cars) and will replace various classes inherited from previous operators. It has also become a launch customer for the Class 230 diesel-electric utility vehicles, which are upgraded versions of the London Underground's stock D78, which entered service in April 2019.We promise To provide you with safe, clean, punctual and reliable rail services Simplified ticketing with new facilities including smart ticketing Fair play to you when things go wrong To keep you informed of the service and any plan changes during the outage Give you a first look at our performance and quality targets and reports on our performance for each period, and hear more from you.

What can West Midlands Railway offers

Book it. Train it. Love it. Welcome to experience West Midlands Railway, we will provide the most sincere services to our customers.

How to Get Cheap West Midlands Railway tickets

Looking for cheap train tickets on West Midlands Railway routes? We've got you covered! Check out the suggestions below and discover tips you can use to save on your next train journey.

Travelling with West Midlands Railway a few times a year? Get a Railcard and you'll save up to 1/3 on eligible journeys. Click on one of the Railcard types below to see the various eligibility requirements.

Q:
Can I take my bike on board?
A:
Up to two dogs and other small animals are allowed on board free of charge as long as they do not endanger or annoy other passengers or staff. Keep your pet away from the seat, even if it's in a pet carrier.
Q:
How much luggage can I bring?
A:
You can take up to three pieces of luggage when traveling with us, which is perfect for long weekends or trips to the airport.
Q:
Can I take my bike on board?
A:
You can take your bike for free on all West Midlands Railway services. There is space for at least one bicycle on board and you do not need to make a reservation in advance. They are allocated on a first-come, first-served basis.