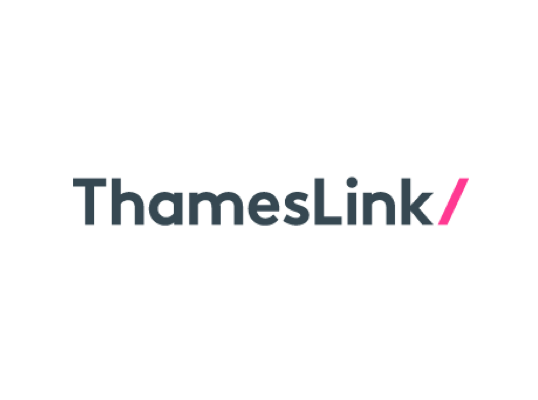 If you're after Thameslink train tickets, look no further. At TrainPal, we'll show you where Thameslink can take you and how to book the best value fares for your journey. To find Thameslink tickets, simply start a search above, and we'll show you the best available journey times and prices. Keep reading for more information on classes, onboard amenities, destinations, and cheap train ticket tips.

Thameslink is part of Govia Thameslink Railway, the largest train operating company in the United Kingdom. Thameslink is a British railroad system with a total length of 225 km (140 miles) and 68 stations. The Thameslink starts at Bedford and ends at Brighton, via the airports of London Luton and Gatwick, which was opened in 1988. The Thameslink project was a major £5.5 billion plan to increase capacity in central London by accommodating more frequent and longer trains and providing additional routes and destinations. New services began operating in 2018; in 2016, new Class 700 trains began operating on the route, replacing Class 319, Class 377, and Class 387 trains that had been withdrawn and moved elsewhere. What we aim to achieve: During our seven-year franchise, we want to improve every aspect of the customer service experience. What we want to: Modernize the railroad and make it easier to use Improve the reliability and capacity of our trains Give our employees more opportunities on trains and in stations Use new technology to keep passengers informed and simplify ticketing Improve the environment on board and at stations

Unsure about where to start your Thameslink adventure? Use our map to plan out where you want to go. From London, you can enjoy high-speed services to destinations like Liverpool, Edinburgh and Manchester. Thameslink are one of the primary rail operators in the UK, providing services from London Euston and a number of major terminals including Birmingham New Street, Manchester Piccadilly and Liverpool Lime Street. Many of the routes feature high-speed services with no changes required, making Thameslink an excellent alternative to air travel if you're looking to traverse up or down the length of the country.

What can Thameslink offers

Thameslink believes it is important to conduct business in a responsible manner, serving our passengers and benefiting the communities around our stations.

How to Get Cheap Thameslink tickets

Looking for cheap train tickets on Thameslink routes? We've got you covered! Check out the suggestions below and discover tips you can use to save on your next train journey.

Travelling with Thameslink a few times a year? Get a Railcard and you'll save up to 1/3 on eligible journeys. Click on one of the Railcard types below to see the various eligibility requirements.

Q:
Are your trains accessible for people with disabilities?
A:
All of our trains can be used by people with disabilities. We offer an assisted travel service if you need help at our stations to get the train – for example a wheelchair ramp.
Q:
Do your stations have car parks?
A:
Many of our stations have car parks managed by APCOA.
Q:
Which network do I connect to?
A:
Look for: GatwickExpress_WiFi GreatNorthern_WiFi Southern_WiFi Thameslink_WiFi