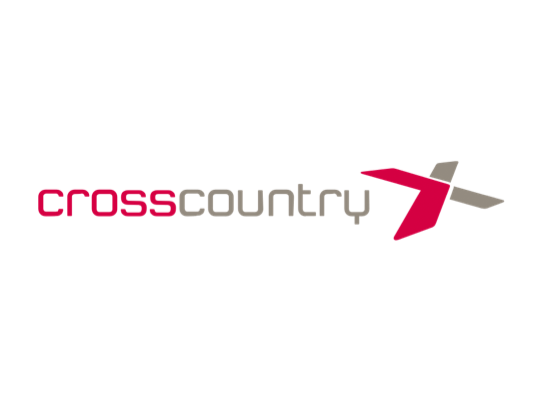 CrossCountry is a British passenger rail company, owned by Arriva British Trains. CrossCountry operates long-distance intercity trains in the UK, but not in Greater London, running from Aberdeen in north-east Scotland to Penzance in Cornwall in over 13 hours. All CrossCountry trains stop or terminate at Birmingham New Street station. CrossCountry offers first-class high-speed connections around London, with speeds in excess of 160.93 km/h (100 mph) providing a reliable and fast way to travel to other parts of the country.CrossCountry is very popular because it allows passengers to travel long distances in the UK without making multiple stops. This means they can travel across England, Wales and Scotland, stopping only at major stations along the way and reaching their destination with a simple train change. Since only the most important stations on the route are served, the time on the train is significantly reduced.All trains on the same route as the CrossCountry stop or arrive at Birmingham New Street station, making it an important stop for travellers travelling anywhere along the line. There are hourly core services from Birmingham to Newcastle, from Birmingham to Manchester, and from Birmingham to Stansted Airport. There are also hourly services from Cardiff Central Station to Nottingham, and from Sheffield to York. Some other important and popular stations along this route include Edinburgh Waverley, Bristol Temple Meadows, Exeter St Davids, Plymouth and Bath Spa. 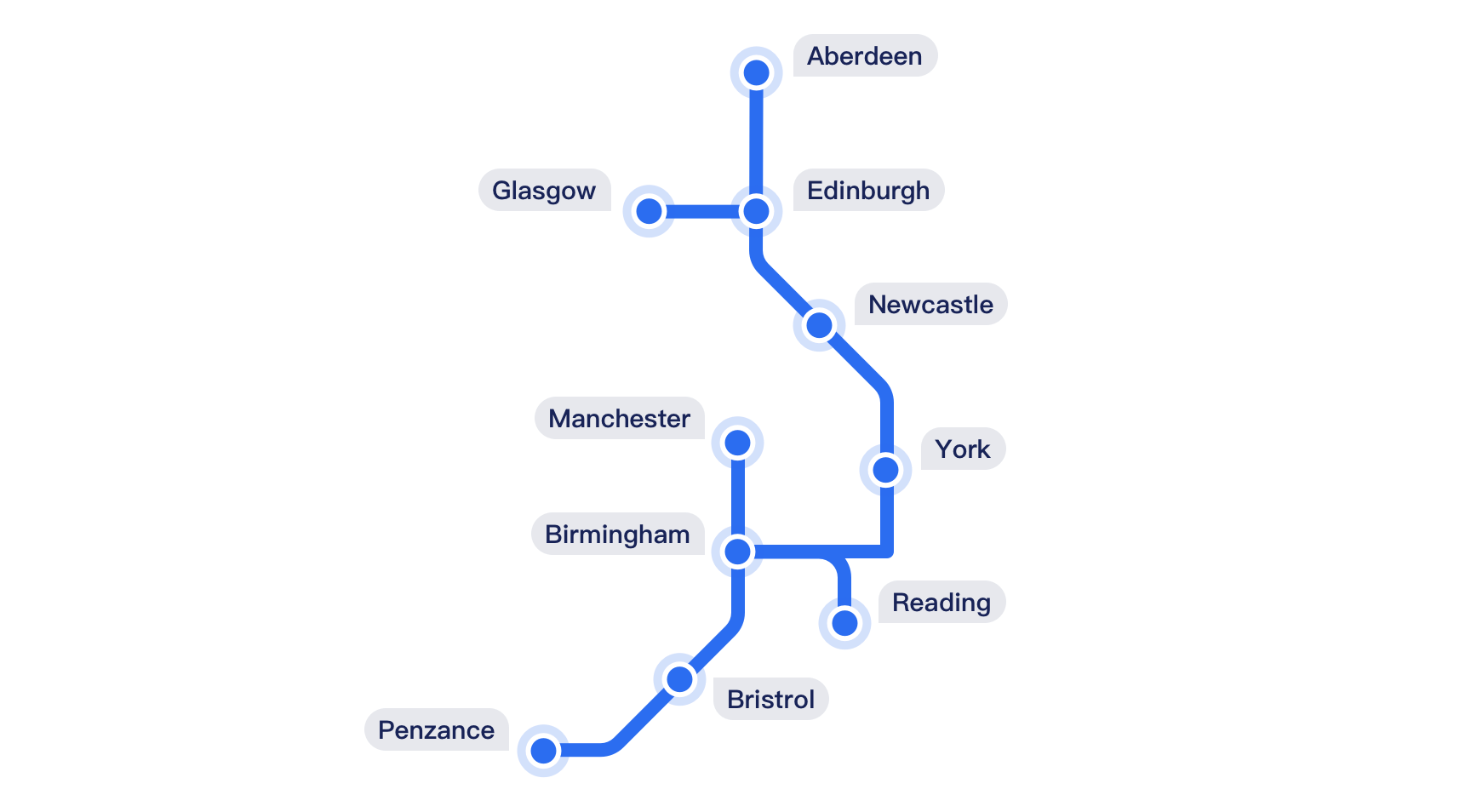 Unsure about where to start your CrossCountry adventure? Use our map to plan out where you want to go. From London, you can enjoy high-speed services to destinations like Liverpool, Edinburgh and Manchester. CrossCountry are one of the primary rail operators in the UK, providing services from London Euston and a number of major terminals including Birmingham New Street, Manchester Piccadilly and Liverpool Lime Street. Many of the routes feature high-speed services with no changes required, making CrossCountry an excellent alternative to air travel if you're looking to traverse up or down the length of the country.

What can CrossCountry offers

How to Get Cheap CrossCountry tickets

Looking for cheap train tickets on CrossCountry routes? We've got you covered! Check out the suggestions below and discover tips you can use to save on your next train journey.

Travelling with CrossCountry a few times a year? Get a Railcard and you'll save up to 1/3 on eligible journeys. Click on one of the Railcard types below to see the various eligibility requirements.

Q:
1. Can I take a bicycle on CrossCountry?
A:
Bicycles are allowed on the CrossCountry. Folding bikes can be stored in the luggage rack to save space. Make sure you reserve a space online (for free) to ensure you can store your bike. You can even use social media to notify British Rail of your booking. Ask the train manager to make sure you know where you're storing it.
Q:
2. Do CrossCountry trains have WiFi?
A:
CrossCountry trains offer free Wifi for First Class ticket holders. Standard ticket holders can purchase Elapsed Time WiFi. you can save 10% if you purchase online. This allows you to connect to the internet, read and send messages, send emails and browse the web. If you want to open large files, watch videos or movies, try downloading them first, as the available data traffic will not be as large.
Q:
3. Can I bring a pet on board?
A:
Passengers are usually allowed to bring their pets on the journey, provided they are on a leash or placed in a cage. Small animals allowed on trains include cats, dogs and other small animals (up to 2 per person). They must not inconvenience or cause stress to other passengers and must not occupy any seats.
Q:
4. How much luggage can I bring?
A:
You can carry a maximum of 1 piece of luggage of 90 cm x 70 cm x 30 cm. When you enter the cabin, you can store your suitcase safely in the luggage compartment. For smaller items, you can use the overhead racks for soft items, small shopping bags and laptops, or place them under the seat in front of you. Make sure your luggage is not blocking aisles or exits.