Take a Train to Enjoy the Mysterious and Beautiful Edinburgh

Take a Train to Enjoy the Mysterious and Beautiful Edinburgh

1. Brief introduction of attractions in Edinburgh

Edinburgh, the capital of Scotland, is a pearl in the north of the British mainland. When people arrive in Edinburgh after visiting England, many of them will say: This is Edinburgh. It's so different!

It's the NO.1 attraction in Scotland and the symbol of Edinburgh. It's not only a royal castle but also a military base. When you see it, it will give you an illusion that the whole ancient city would secretly move around the castle on the hilltop, while the castle stands forever on the hilltop, passing the history and going into the future.

The road from Edinburgh Castle to the Palace of Holyroodhouse is the one you must take in Edinburgh. In dozens of minutes' journey, you will see countless old buildings and the place where Braveheart was shot. The power of culture and time has spread through this ancient city.

This institute of art and architecture was established in 1826. It's the capital of Scotland's visual arts, and it usually holds many innovative and diverse exhibitions.

2. The trainline Edinburgh is well developed

The well-developed transportation system in Edinburgh has always provided great convenience for tourists and students from all over the world. There are dense bus routes throughout the city, and the trainline Edinburgh connects all big British cities and areas. You can also enjoy the magnificent sea views along the East Coast of England. No matter what kind of transportation can bring you a reassuring and surprising journey.

There are two main train stations in the city of Edinburgh. One is Waverley Station in the city's center, and the other one is Haymarket Station on the west side. You can go to Edinburgh from any big British city by train. By taking the train of LNER, it takes you just 2.5 hours from York to Edinburgh and 4 hours 20 minutes from London to Edinburgh. Magnificent seascape on the East coast of England is out of the window, and there are wide comfortable seats and free high-speed WIFI on the train, which is a journey you must experience.

Please book train tickets on Trainpal, and we provide flexible split options for tickets, so we can help you save more. 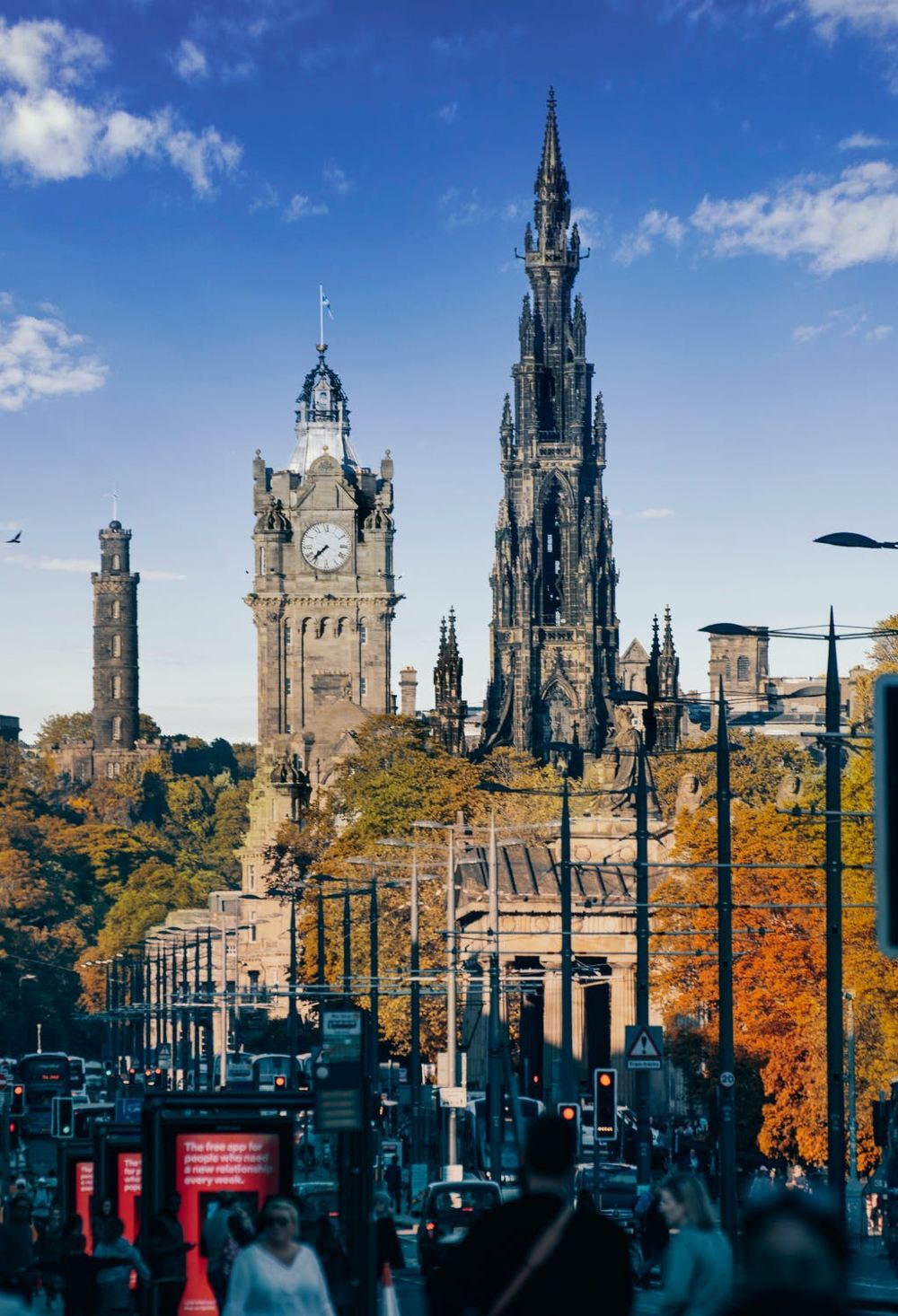