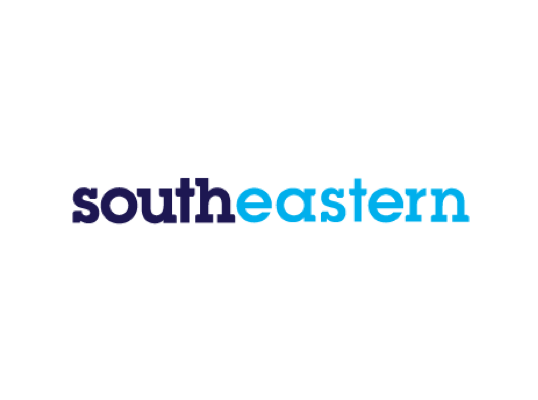 SE Trains Limited, known as Southeastern, is a train operator owned by DfT OLR Holdings on behalf of the Department of Transport. It took over, on October 17, 2021, from the private company London & South Eastern Railway (also known as Southeastern). which operates the South Eastern franchise in the South East of England. In September 2021, the Department for Transport announced it would end the South East franchise operated by Southeastern, which is owned by Govia, after discrepancies in tax returns involving £25m of public funds. Southeastern Rail took over the franchise as operator of last resort on October 17, 2021 for three years, until October 2024. Southeastern serves major London stations including Charing Cross, Waterloo East, Cannon Street, London Bridge, St Pancras, Victoria and Blackfriars. The network covers 870 km of lines and has 180 stations. The South Eastern Railway will continue to operate the same timetable as its predecessor. Southeastern offers a wide range of train tickets for passengers to choose from. The ideal ticket for passengers traveling at the weekend is the Weekender ticket, which allows travel at off-peak hours on Friday or Saturday and return on Saturday or Sunday. Visitors to Kent should buy a Kent Rover ticket, which allows unlimited train travel outside peak hours for three consecutive days in certain areas of Kent.

Unsure about where to start your Southeastern adventure? Use our map to plan out where you want to go. From London, you can enjoy high-speed services to destinations like Liverpool, Edinburgh and Manchester. Southeastern are one of the primary rail operators in the UK, providing services from London Euston and a number of major terminals including Birmingham New Street, Manchester Piccadilly and Liverpool Lime Street. Many of the routes feature high-speed services with no changes required, making Southeastern an excellent alternative to air travel if you're looking to traverse up or down the length of the country.

What can Southeastern offers

A perfect journey is what Southeastern tries to achieve. Southeastern always wants to provide the best services to every passenger.

How to Get Cheap Southeastern tickets

Looking for cheap train tickets on Southeastern routes? We've got you covered! Check out the suggestions below and discover tips you can use to save on your next train journey.

Travelling with Southeastern a few times a year? Get a Railcard and you'll save up to 1/3 on eligible journeys. Click on one of the Railcard types below to see the various eligibility requirements.

Q:
Can I take my bike on board?
A:
You can take a bike on any of our off-peak trains, including any time on weekends and bank holidays. If you have a folding bike (one that folds in more than one place, like the Brompton), you can take it on any train, anytime. But they must be folded before they are brought onto the platform and remain folded throughout the trip.
Q:
How much luggage can I bring?
A:
An item of hand luggage (something you can place on your lap) Up to two larger items (preferably wheelie cases if they’re suitcases) The larger items should ideally each be: No bigger than 30x70x90cm (such as two large suitcases) Weigh no more than 23kg (approx. 3 stones and 9 pounds)
Q:
Which network do I connect to?
A:
Connect to 'Southeastern_WiFi'