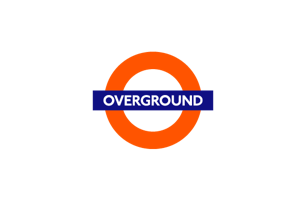 London Overground is the main rail operator of the north and west London routes in the British capital. On November 11, 2007, London Overground replaced Silverlink as operator of the North London line and will replace London Underground on the East London line. Although London Overground is part of Britain's National Rail System, Transport for London (TfL) is bidding for the route. On November 12, 2007, the Mayor of London, Mr. Livingstone, officially opened the London Overground station at Hampstead Heath station in order to provide more convenient connections to areas outside central London. For many years the railroads in north and west London were in a state of disrepair. London Overground's goal was to integrate these old networks into new routes in east and south London to create a fully orbital network to serve the capital. The London Overground launch introduced Oyster at all 55 stations, replaced the entire train fleet with 62 modern trains, renovated each station, and made other improvements. The new overground network introduced Shepherd's Bush in 2008 and Imperial Wharf in 2009 to serve areas of the capital that had suffered from poor public transit service. In 2010 we opened a new line in east London between Dalston Junction and West Croydon with branch lines to New Cross and Crystal Palace. This route used the old East London line, part of the London Underground until 2007, and an abandoned rail line to the north, as well as existing tracks to the south. The route was extended to Highbury and Islington in 2011 and to Clapham Junction in 2012, completing a circle around London. In 2015 we took over commuter rail routes connecting Liverpool Street to Chingford, Enfield Town and Cheshunt, as well as services running between Romford and Upminster. Today, the network covers 112 stations on six routes. In 2016/17, more than 189 million trips were made on London Overground.

Unsure about where to start your London Overground adventure? Use our map to plan out where you want to go. From London, you can enjoy high-speed services to destinations like Liverpool, Edinburgh and Manchester. London Overground are one of the primary rail operators in the UK, providing services from London Euston and a number of major terminals including Birmingham New Street, Manchester Piccadilly and Liverpool Lime Street. Many of the routes feature high-speed services with no changes required, making London Overground an excellent alternative to air travel if you're looking to traverse up or down the length of the country.

What can London Overground offers

How to Get Cheap London Overground tickets

Looking for cheap train tickets on London Overground routes? We've got you covered! Check out the suggestions below and discover tips you can use to save on your next train journey.

Travelling with London Overground a few times a year? Get a Railcard and you'll save up to 1/3 on eligible journeys. Click on one of the Railcard types below to see the various eligibility requirements.