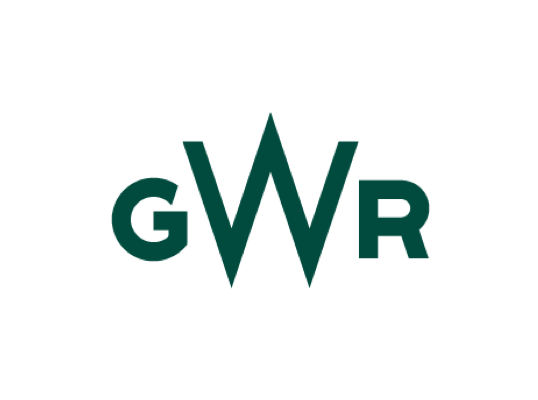 The Great Western Railway (GWR) is a well-known example of British railroading and civil engineering, linking London with South West England, South West England, and Wales. Founded in 1833, it remained an identity group until 1923, when it became the Western part of British Railways upon nationalization in 1948. Once hailed as 'God's great railroad,' the Great Western Railway has become the great 'vacation line' of the southwest. The locomotives were medium chrome green (similar to Brunswick green) with Indian red (later simply black) frames and the cars were two-color 'chocolate and cream'. Construction of the rail line began in 1836 and was completed in 1841. Engineering landmarks were the Box Tunnel in Wiltshire, the longest in the world at the time, and the Warncliffe Viaduct in west London. The Great Western Railway in the United Kingdom uses broad gauge, while the main British railroads are standard gauge. The Great Western Railway also converted to standard gauge in 1892. In 1999, in response to the historical and cultural significance of the railroad, society and the public submitted parts of the GWR to the UNESCO World Heritage List and the nomination was supported by UK Heritage in the United Kingdom. The Great Western Railway line is applying for World Heritage status. 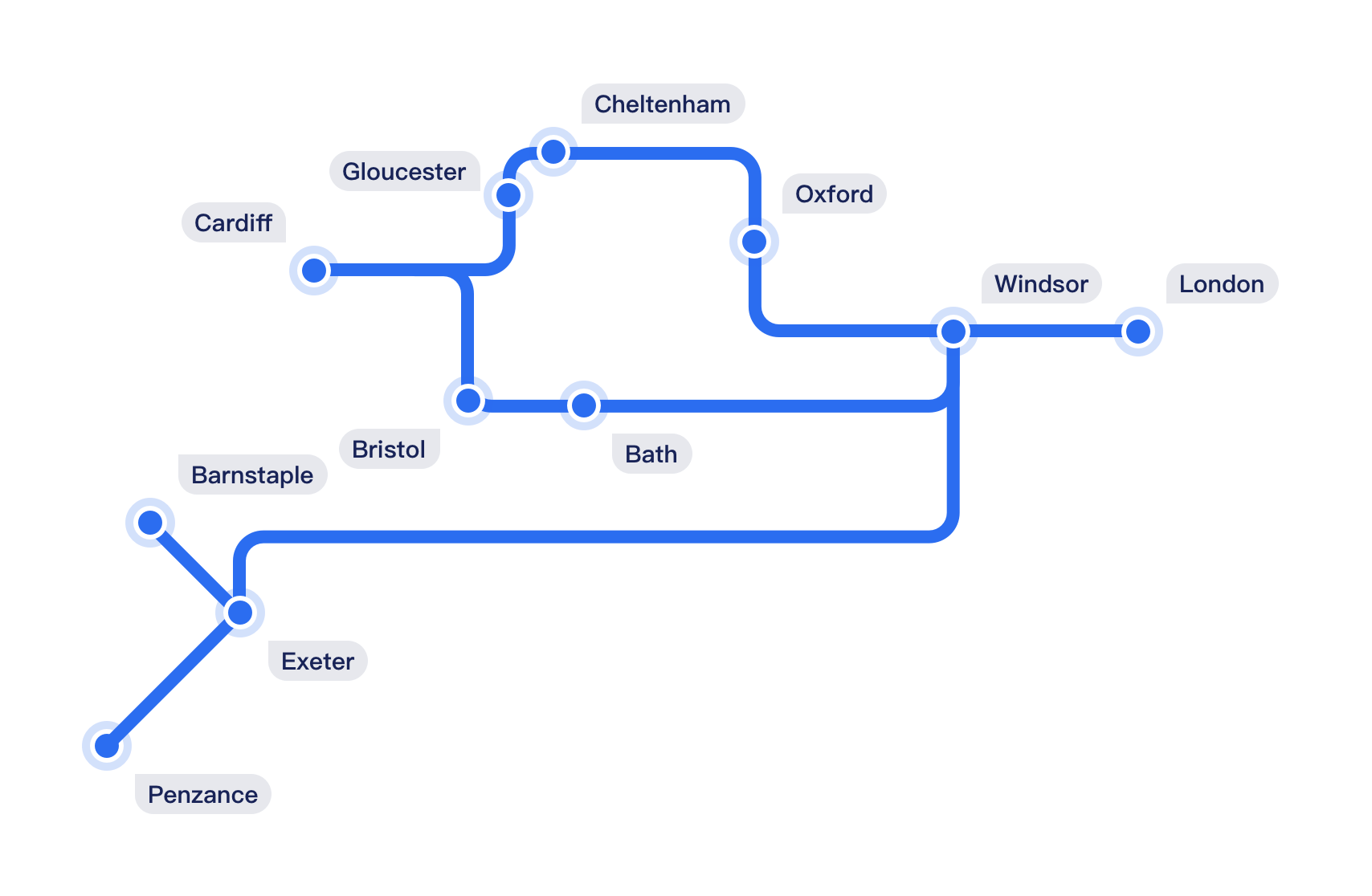 What can Great Western Railway offers

Great Western Railway offers a range of services to make your journey even more comfortable.

How to Get Cheap Great Western Railway tickets

Looking for cheap train tickets on Great Western Railway routes? We've got you covered! Check out the suggestions below and discover tips you can use to save on your next train journey.

Travelling with Great Western Railway a few times a year? Get a Railcard and you'll save up to 1/3 on eligible journeys. Click on one of the Railcard types below to see the various eligibility requirements.

Q:
Do I need to wear a face covering when travelling with GWR?
A:
Face coverings are not required when using GWR services. However, in line with government recommendations and to reduce risk to other passengers and staff, face coverings are still recommended on busy routes.
Q:
Can I claim compensation if my journey was delayed?
A:
If you arrive at your destination more than 15 minutes late due to a delayed or canceled GWR train, you can claim Delay Repay compensation. Invoices must be received within 28 days of the delay.
Q:
How do I make a reservation for a bicycle storage space?
A:
You can make a reservation when you purchase your ticket. If you already have tickets and would like to add a reservation, you can do so in the following ways: In the booking section of your online account Book by phone on 03457 000 125. at the ticket office