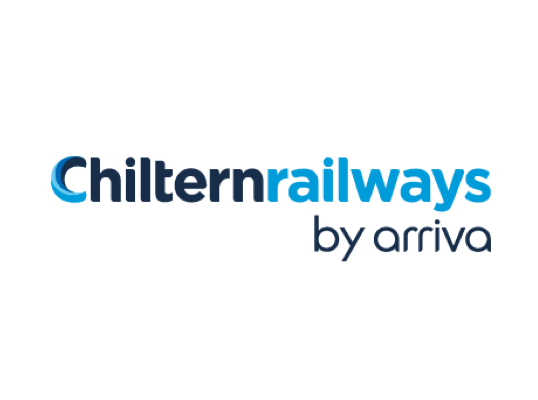 The origins of the Chiltern Line in the UK date back to 1899, when Marylebone station was first opened to passenger trains. In 1905 a line was opened via South Ryslip and Beaconsfield with trains to the suburb of High Wycombe. Twenty years later, the Great Central Railway became part of the London and North East Railway, ushering in a new era for the railway company. Marylebone became a suburban terminus for trains to Aylesbury and Banbury when the Great Central Railway closed in 1966. Today the Chiltern Railway is part of the Alifa company and is owned by Deutsche Bahn.The Chiltern Railway operates five lines: the Chiltern Main Line, the London-Alisbury line, the Princes Reesborough-Alisbury line, the Leamington-Stratford line and the Oxford-Bicester line. Chiltern Railways main terminals are in Birmingham Snow Hill and London Marylebone. Chiltern Railways also operates other rail services to London Paddington, Oxford and Kidderminster.Although there is standard only, the company offers a premium 'Business Zone' on a small number of trains between Birmingham and London during rush hours. Passengers willing to pay 129.65 yuan (about £20) for an upgrade will enjoy a wider seat and a free drink.Catering is available on the busiest trains between the West Midlands and London, as per the company's timetable. Free WiFi is available on all Chiltern Railway trains.There are four main types of tickets: advance tickets, super off-peak tickets, off-peak tickets and anytime tickets. There are also several discounted tickets that are only available under certain conditions, such as the 2 Pay 4 Travel Pass, which allows four people to travel together for the price of two adults during off-peak periods. 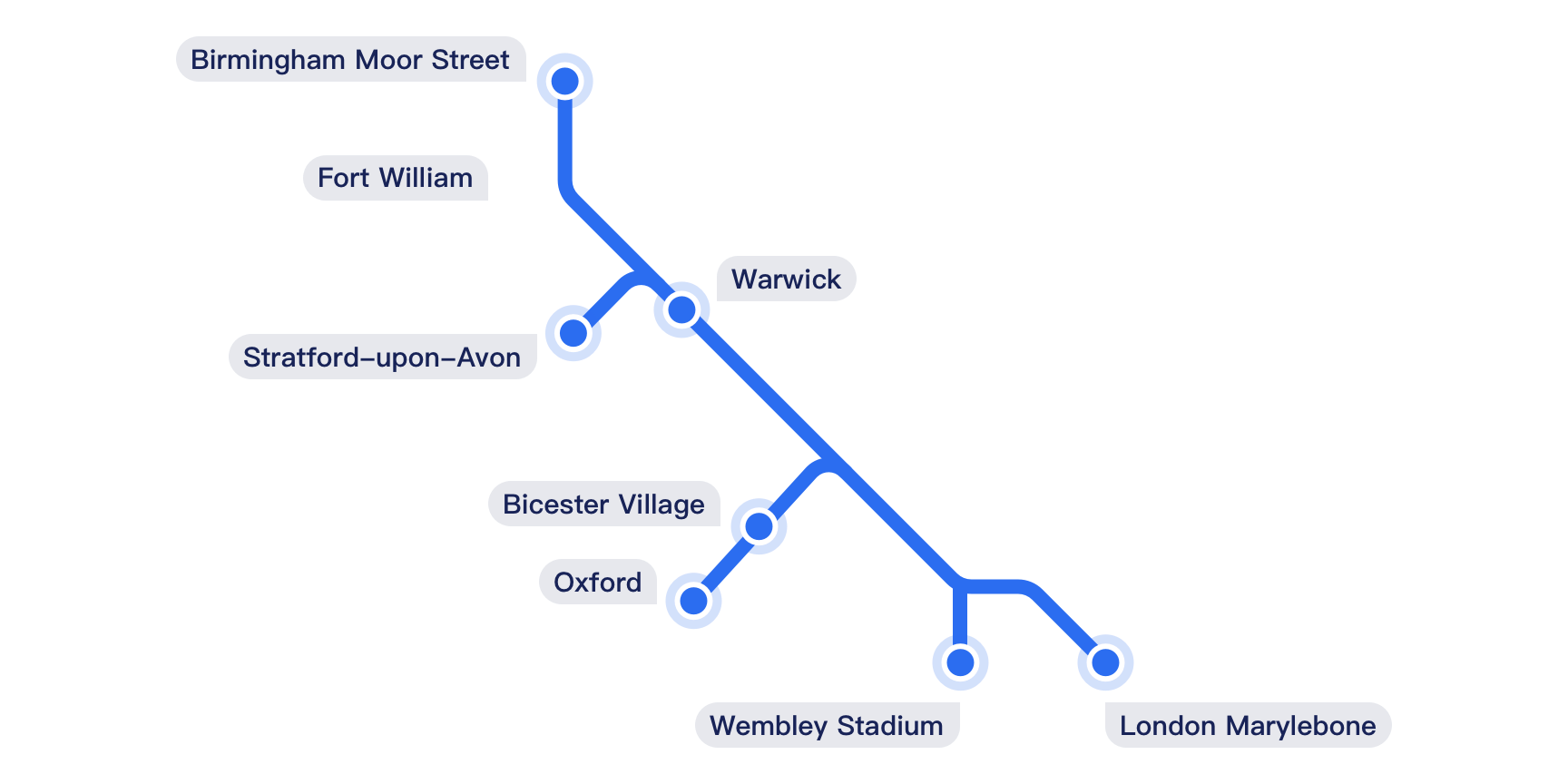 Unsure about where to start your Chiltern Railways adventure? Use our map to plan out where you want to go. From London, you can enjoy high-speed services to destinations like Liverpool, Edinburgh and Manchester. Chiltern Railways are one of the primary rail operators in the UK, providing services from London Euston and a number of major terminals including Birmingham New Street, Manchester Piccadilly and Liverpool Lime Street. Many of the routes feature high-speed services with no changes required, making Chiltern Railways an excellent alternative to air travel if you're looking to traverse up or down the length of the country.

What can Chiltern Railways offers

Chiltern Rail is considered one of the UK's top rail operators with public performance ratings regularly exceeding 90%. You can enjoy the following services:

How to Get Cheap Chiltern Railways tickets

Looking for cheap train tickets on Chiltern Railways routes? We've got you covered! Check out the suggestions below and discover tips you can use to save on your next train journey.

Travelling with Chiltern Railways a few times a year? Get a Railcard and you'll save up to 1/3 on eligible journeys. Click on one of the Railcard types below to see the various eligibility requirements.

Q:
1. Can I take a bicycle on Chiltern Railways?
A:
Folding bicycles are allowed on Chiltern services at all times provided they are fully folded and stored without interfering with other passengers.
Q:
2. Do Chiltern Railways trains have WiFi?
A:
All our trains have complimentary WiFi (subject to availability).
Q:
3. Can I bring a pet on board?
A:
Chiltern Railways allow up to 2 dogs or small domestic animals free of charge. Animals other than dogs must be carried in a fully enclosed basket or pet carrier designed not to exceed his 85 x 60 x 60 cm in size. Guide dogs are welcome on trains.
Q:
4. How much luggage can I bring?
A:
Collapsible strollers and travel cots are permitted. Wheelchairs and electric wheelchairs are available. When not in use, fold the wheelchair and place it in the wheelchair space. Mobility scooters can be transported, but charges may apply. Musical instruments larger than 30 x 70 x 90 cm are allowed, but charges may apply. Station staff will judge large items, so we may ask you to use a quieter train when it is crowded.