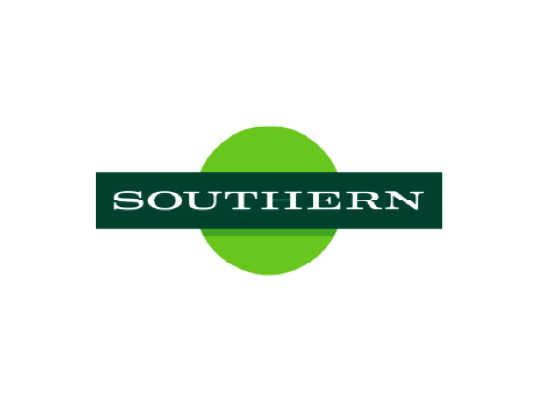 If you're after Southern train tickets, look no further. At TrainPal, we'll show you where Southern can take you and how to book the best value fares for your journey. To find Southern tickets, simply start a search above, and we'll show you the best available journey times and prices. Keep reading for more information on classes, onboard amenities, destinations, and cheap train ticket tips.

Southern Railway (SR), sometimes abbreviated as 'Southern', was a British railroad company founded in 1923. It connected London to the Channel ports of South West England and the south coast resort of Kent. The railroad was formed by the merger of several smaller railroad companies. The largest were the London & South Western Railway (LSWR), the London, Brighton & South Coast Railway (LB&SCR), and the South Eastern & Chatham Railway (SE&CR). Construction of what would become the Southern Railway began with the opening of the London & Southampton Railway, renamed the London & South Western Railway, in 1838. The railroad was known for its skillful use of public relations and a coherent management structure headed by Sir Herbert Walker. At 2,186 miles (3,518 km) in length, the Southern Railway was the smallest of the Big Four railroads, and unlike the others, the bulk of its revenues came from passenger traffic, not freight. It created the world's largest electrified main line rail system at the time and the first electrified intercity route (London - Brighton). There were two chief mechanical engineers. Richard Mansell (1923-1937) and Oliver Bulleid (1937-1948), who designed new locomotives and rolling stock to replace much of what had been inherited in 1923. He supplied the Expeditionary Force during the Dunkirk campaign and Operation Overlord in 1944. Its success was an even more remarkable achievement because the railroad was primarily a passenger network. Southern Railway operated a number of well-known trains, including the Brighton Belle, Bournemouth Belle, Golden Arrow, and Knight Ferry (London - Paris and Brussels). West Country service was dominated by lucrative summer holiday traffic and included named trains such as the Atlantic Coast Express and Devon Belle. The company's most famous paint scheme was very distinctive. Locomotives and coaches were painted a bright malachite green over a pitch black frame with bold, bright yellow lettering. Southern Railway was nationalized in 1948 and became the Southern Region of British Railways.

Unsure about where to start your Southern adventure? Use our map to plan out where you want to go. From London, you can enjoy high-speed services to destinations like Liverpool, Edinburgh and Manchester. Southern are one of the primary rail operators in the UK, providing services from London Euston and a number of major terminals including Birmingham New Street, Manchester Piccadilly and Liverpool Lime Street. Many of the routes feature high-speed services with no changes required, making Southern an excellent alternative to air travel if you're looking to traverse up or down the length of the country.

What can Southern offers

Southern will do its best to make every customer satisfied. The following are services that Southern offers.

How to Get Cheap Southern tickets

Looking for cheap train tickets on Southern routes? We've got you covered! Check out the suggestions below and discover tips you can use to save on your next train journey.

Travelling with Southern a few times a year? Get a Railcard and you'll save up to 1/3 on eligible journeys. Click on one of the Railcard types below to see the various eligibility requirements.

Q:
Do your stations have car parks?
A:
Many of our stations have car parks managed by APCOA.
Q:
Are your trains accessible for people with disabilities?
A:
All our trains can be used by disabled people. We offer an assisted travel service if you need help at our stations to get on the train - for example a wheelchair ramp.
Q:
Can I take my bike on Southern trains?
A:
If you have a folding bike, you can take it folded on any train at any time and in any place. We cannot always accommodate non-folding bikes. You can take non-folding bikes on many of our trains.