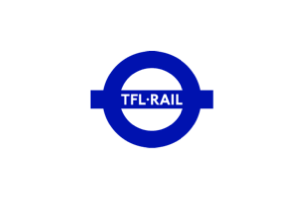 The Elizabeth Line, also known as Crossrail, is the twelfth urban rail transit line in London Underground and the first line in operation. It opened on May 31, 2015. In the first stage, on February 23, 2016, Queen Elizabeth II of the United Kingdom visited the Bond Street Station Project Tunnel. On May 20, 2018, the first phase of the second phase of operation was opened, the second phase of operation was opened on December 15, 2019. The third phase of operation will be opened on May 24, 2022, and the urban section line between Paddington and Abbey Wood will be officially opened. The color of the system line is the Queen's lucky purple. Crossrail officials also announced on the same day that Crossrail will be renamed Elizabeth Line Elizabeth Line, referred to as 'Queen's Line'. The Elizabeth Line of the London Underground has a total length of 118 kilometers and a total of 41 stations, including 12 underground stations, 28 ground stations, and 1 elevated station; it is operated by 7-car and 9-car trains. The Elizabeth Line of the London Underground starts from Heathrow Airport/Reading in the west and ends at Abbeywood/Saint Field in the east, connecting London with Berkshire, Buckinghamshire and Essex, which is a subway line that runs through the whole city of London from east to west. When the Elizabeth Line opens, it will cut the commute from Abbey Wood to Paddington to 29 minutes. At the same time, the time across London will be shortened to 45 minutes, from Heathrow Airport to the City of London in just 34 minutes. Transport for London (TFL) officially stated: 2022 will be a milestone year for the London Underground. London Mayor Sadiq Khan also said: 'The opening of this line is the best symbol of London's recovery from the new crown pandemic.' After the entire line is opened to traffic, the Elizabeth Line will have a high frequency of 24 trains per hour at the core station during the daily peak period, and bid farewell to long waits and crowds. The newly upgraded 345 train has air conditioning and wireless network coverage, which fully upgrades the commuter travel experience. When fully opened, the Elizabeth line will run at a high frequency of 24 trains per hour at central stations during the daily peak season, saying goodbye to long waiting and congestion. The newly upgraded 345 trains will be equipped with air conditioning and wireless coverage, which will completely upgrade the travel experience of commuters.

Unsure about where to start your Elizabeth Line adventure? Use our map to plan out where you want to go. From London, you can enjoy high-speed services to destinations like Liverpool, Edinburgh and Manchester. Elizabeth Line are one of the primary rail operators in the UK, providing services from London Euston and a number of major terminals including Birmingham New Street, Manchester Piccadilly and Liverpool Lime Street. Many of the routes feature high-speed services with no changes required, making Elizabeth Line an excellent alternative to air travel if you're looking to traverse up or down the length of the country.

What can Elizabeth Line offers

How to Get Cheap Elizabeth Line tickets

Looking for cheap train tickets on Elizabeth Line routes? We've got you covered! Check out the suggestions below and discover tips you can use to save on your next train journey.

Travelling with Elizabeth Line a few times a year? Get a Railcard and you'll save up to 1/3 on eligible journeys. Click on one of the Railcard types below to see the various eligibility requirements.